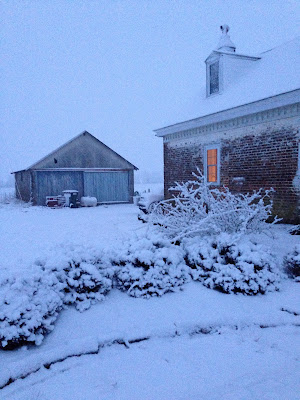 Woke up this morning to a snow storm!  How did that happen?

It's been a while since I've written, been busy outside trimming vines with my friends, and finishing up early spring chores.  We trimmed almost all 28 rows (over 2,700 vines), and are calling in the reserves.  This year we took the growth all the way back to two buds, so more energy can go into developing the roots instead of the canopy.  The Sauv Blanc replacements (over 60) are due in April, so more planting then.  It looks like we lost some vines this winter, mostly the Chard. 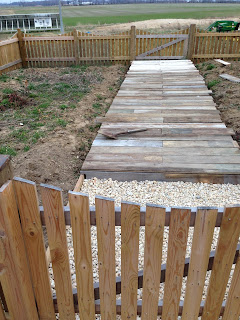 My youngest son and I built this boardwalk in the veggie garden out of recycled wood pulled from the house during renovation.  I need to finish up by trimming the right side even, but it's a great path for the garden and what they used in colonial times to keep the mud down.  We put the boards on top of joists laid flat.  I'll be fortifying it with block underneath as well, just in case a few years from now the petrified joists break down a bit.  Next weekend is planting weekend for the early season veggies.  I did plant peonies along the sides of the boardwalk this weekend, thinking it was warming up, hope they survive the chill. 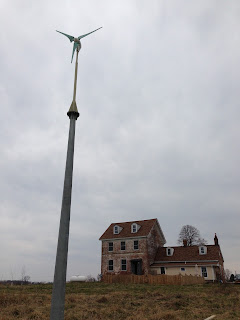 This photo is misleading, taken at an angle looking up it looks enormous, but it shows the wind turbine woo hoo!  It's an Air Dolphin and designed to start up on low windspeeds, as well as withstand high speed blasts that we get on this wide open terrain.  It's around 35 feet tall and not yet turned on, there have been massive delays but should be producing power this week.  The solar panels are completely installed and now power the house. 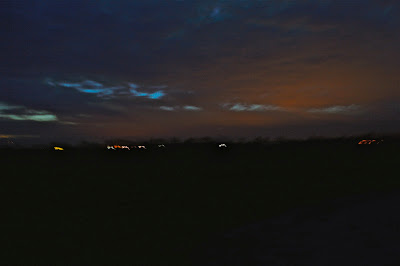 A view of sunset, some experimentation with my camera.