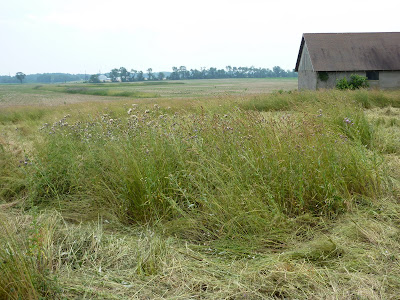 From the Wilmington News Journal, 25 May 10:

This time of year is a time of growth, energy and rejuvenation. As you pull out your summer clothes (after some recent chilly spring days), what are you thinking about? Have you started daydreaming about a summer vacation yet?


Speaking of daydreaming, when was the last time you had a daydream? Most people find themselves daydreaming from time to time, and most seem to enjoy their daydreams. Daydreaming can be about what you wish you could do, what you are going to do or what you have done in the past. Daydreams are usually pleasant, and allow us to distract ourselves from whatever unpleasant or uninteresting task we are avoiding.

Just what is a daydream? Daydreaming is a state of consciousness somewhere between being fully awake and falling asleep. When you look at a recording of your brain waves while you daydream, you will see that they look like the brain waves of someone who is so relaxed that they appear to be sleeping. However, the daydreamer is typically sitting or standing with eyes open and appears to be awake.

This state of mind produces a calming effect on the body. Daydreaming can be used as a stress management tool, as it allows you to take a break from stress for a brief time, just like taking a walk or a nap. 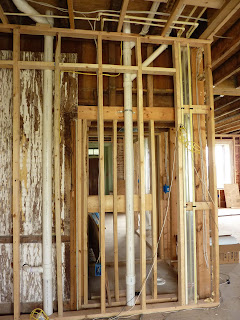 Have you ever wondered why we daydream? Some people daydream as a way to avoid an unpleasant circumstance. This type of daydream would represent an escape from the point of misery to a place much more pleasant to imagine. Daydreaming may serve as the body's automatic safety relax valve when stress levels become overwhelming.

Daydreaming can also be productive, and many creative people use daydreams to find solutions to their problems, next project or next acrylic masterpiece. The daydreaming process seems to lower blood pressure and reduce muscle tension, not unlike hypnosis. In fact, some scientists compare daydreaming to self-hypnosis. However, most people daydream without plan or purpose, while a person engaging in self-hypnosis is deliberately producing a relaxed state of mind and body to accomplish a specific goal.

Other scientists compare daydreaming with a state of mind called dissociation. This is often found in people who have experienced trauma, and can be viewed as a learned coping or survival mechanism for the mind and body. People in a dissociative state (which can last from seconds to days) often lose track of time, the situation they're in and, in extreme cases, their own identity. People in a dissociative state often report that they feel like they're not actually in their body.

There are several types of mental illness where a dissociative state can occur as a symptom of the illness. Fortunately, psychiatric treatment is available for people who are unable to function due to frequent or severe dissociative episodes. Many people who experience dissociation in response to stress have suffered abuse or significant unexpected trauma. However, one of the main differences between dissociation and daydreaming is the impact of the state of mind on the person. A person daydreaming typically returns from the daydream with a pleasant sensation, while the person returning from a dissociative state usually returns with either anxiety or confusion, or has poor recall of the time period experienced during the dissociative state 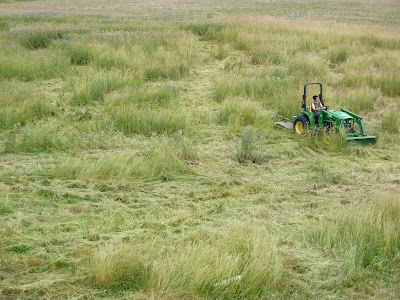 Most childhood daydreaming is harmless and appears to help a child cope with stress or an
unpleasant situation. It is adaptive for the child and considered normal if not in excess. However, children who appear to daydream frequently may have experienced something difficult that they're unable to process, and perhaps unable to talk about. Children who daydream so frequently that normal activities are interrupted need to see a doctor to make sure they're well physically and mentally. Some medical conditions can produce symptoms that look like a child is daydreaming but are really a sign of something else, such as a type of seizure.

So, take time to enjoy the new spring air and daydream away! Imagine yourself in a warm, sunny
location, the sand beneath your feet. Or picture yourself wherever you feel relaxed and content. You
may find that your daydreams can come true, so be inspired by your imagination....


Work is progressing, the fields are growing......sheetrock has been ordered, burn permit secured....certificate of occupancy around the corner....

Dreaming about a lazy summer day, sitting on the porch, feeling the breeze....