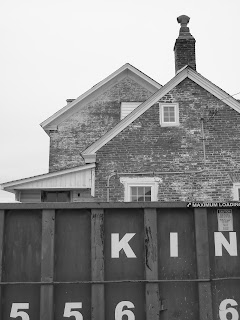 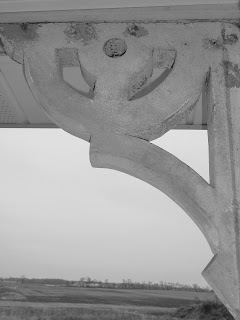 From: Groome, Harry Connelly. 1907. THE GROOME FAMILY AND CONNECTIONS: A PEDIGREE with biographical sketches. Philadelphia, Press of JB Lippincott Company


The Groome Family came from Middlesex, England, and belonged to a group of Quakers that were very vocal and imprisoned in England at times by the King due to their religious beliefs.

Charles’ father was described as a mariner, and was a commissioner and justice of the peace for Kent County in 1740 and 1743 (Commission Book in Maryland Historical Society). He was elected churchwarden of St. Paul’s Parish, April 11th, 1726 (St Paul Parish Records).

Charles was born March 2, 1732, and died March 29th, 1791. He was one of nine children. He was described as a farmer, purchased at different times the following tracts of land: from Thomas Perkins a tract called Hopefull Unity, 150 acres, February 20th, 1761 (Kent Co Deeds. Liber JS). He was made registrar of Chester Parish, Kent County, Maryland, February 4th, 1766, shorly after the parish had been created by an Act of Assembly from parts of St. Paul’s Parish and Shrewsbury Parish. He held this position until the day of his death. An inventory of his estate, filed July 21st 1791 (Kent County, MD, Inventories) showed that he died possessed of 25 negro slaves. He died of small pox.

Will of Charles Groome

In the name of God Amen, I, Charles Groome, of Kent County & State of Maryland, being sound and disposing memory & understanding, considering the certainty of death, & uncertain of the time therof, being desirous to settle my worldly affairs, & thereby be the better prepared to leave this world, when it shall please God to call me hence, do therefore make & publish this my last Will & Testament, in manner & form following, that is to say.

First. I give and bequeath unto my dear wife the use of all my lands except that tract or parcel of land, I bought of the State, called Tildens’ Forest, during her widowhood, & all the crops that shall be on said lands, at my death, & all debts due to my estate, towards paying all my just Debts, & supporting and Educating & bringing up my young children, out of the profits arising from said lands, & outstanding Debts. But in case my wife should die before my debts be paid, and children Educated and brought up, then and in that case my will and desire is that my son James Groome, should take possession of the above mentioned lands, in order to settle and pay the balance of said debts, if there be any left unpaid, & support & Educate & bring up my said youngest children, until they come of age, with what portion they may have, and if my son James Groome should die, before this my last will be sufficient, then my will & desire is that my son John Groome, should take possession of said lands, & have and enjoy every privilege and advantage and be under every obligation, as my son James would have been if he had lived.

Item. My will and desire is that the tract of land I bought of the state called Tildens’ Forest, be sold by heirs at their discretion, when they may think it most convenient and advantageous, & the money arising from the sale, to be equally divided between my sons, Daniel, Charles, & John Groome, & my daughter Sarah Groome.

Item. I give and bequeath unto my son Daniel Groome, all my negroes he has in his possession, except Tush, and my book account I have against him & no more. But in case my Estate should be obliged to pay any Dents of my son Daniel, that I am security for the same, shall be taken out of his portion of the sales of the land, I have given him, and if not enough to satisfy said Debts or claims, he shall allow it in my book account I have against him.

Item. I give & bequeath unto my two sons Samuel, & William Hynson Groome, all that tract or parcel of land lying on Worton Creek, I bought of Arthur Bryan, John Kinnard, to them and their heirs lawfully begotten, & if either of said sons should die without such heirs, his part to go to surviving one, and if both should die without such heirs, the said land shall then be divided between all surviving sisters of my present wifes children.

Item. My will and desire is that all my negroes, except what is given already or will be mentioned hereafter, after my wifes third part be taken out be divided between all my children, except my son Daniel, who has his share given already.

Item. I give unto my son John Groome, his choice of all my horses.

Item. My will is that all the residue of my personal Estate after my wifes third part is taken out be equally divided between all the children of my present wife, and my daughter Sarah Groome.

Item. My will & desire is that my three negro men, Philip, Tush, and Napraw be free after my death, at the end of the same year.

Item. My will & desire is that after my heirs comes in possession of my home plantation that they shall pay unto my five daughters, Milcah, Ann, Henrietta, Elizabeth, and Mary Groom, three hundred pounds current money, in four years after they take possession, & the former debts paid, otherwise my said daughters shall have liberty to take in possession all that part of my land I purchased of Richard Hynson, & sell and dispose of the same at public vendue, 7 the money arising from the sale thereof be equally divided between, & if either of my said daughters should die before they come of age, I will their portion to be divided between the others.

Item. My will and desire is that if in case my sons James Groome, or my son John Groome, should not to stand & abide by & fulfill their part of this my will, then & in that case I give & bequeath unto my son James Groome all my home land & plantation to him and his heirs lawfully begotten, and if he should die without such heirs, to my son John Groome.

Item. My menaing & intention of the above will is not to debar my wife is case she shall marry, of her Dower, of my real estate, except the land I bought of the State called Tildens’ Forest.

And lastly, I do appoint my dear wife Sarah Groome, executrix of this m y last will. Dated 10th, March Anno Domini, 1791.

NOTE: The land held by Charles’ Groom at the time of his death and bequeathed in the above will was disposed of by his heirs as follows: John Groome sold his interest in the tract called Tilden’s Forest to his brother Charles Groome, May 2nd 1801; Sarah Kennard Groome, widow and executrix of Charles Groome, having died September 11th, 1800, James Groome sold the tracts known as Hopefull Unity, Pope’s Chance, and Ricketts’ Farm to Samuel Wallis, March 2nd, 1802.

Then, Charles married Sarah Kennard and had the following children: