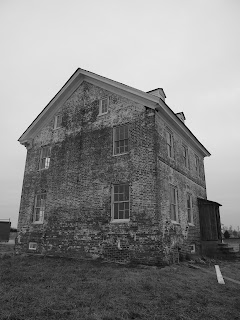 I found it!
In the Kent County Courthouse, in the back room, written in fading brown ink, buried in some sad volume forgotten on the shelf.  The deed from Philip Wallis to Unit Angier in 1823: ".....same lands conveyed by a certain James Groome unto Samuel Wallis as will more fully appear by a reference unto the said James Groome's deed to Samuel Wallis, bearing date the second day of March 1802 and recorded among the land records of Kent County.....lying and being in Cecil County (now Kent County).  Beginning at a marked white oak being the Westermost bounds of a parcell of land taken up for a church called the "Hopeful Unity"......."
Amazing! The mystery has been solved after three years of searching. 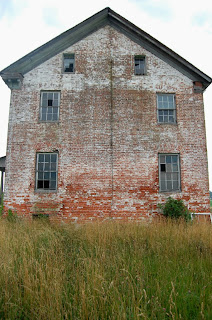 Benjamin Gundry was not as well-known.  He died 5 Jul 1708. He married Godfrey Harmar’s daughter Mary in 1675.

William Hemsley patented 550 acres called Pentridge in Broad Neck in 1670. He was born 20 Mar 1633 in Kent County and died 1694 in Talbot County, Maryland. In 1685 is called Captain in Commission; Sheriff of Kent County, 1663; Clerk of Talbot County, 1685. He served in the Lower House and was on the Commission to revise the laws of the Province, and along with Edward Blay was instrumental in dividing Kent and Cecil Counties into the boundaries of the counties existing as they are today.

Charles James was a Member, Associators' Convention, Cecil County,1684-1692; Grand Committee of Twenty, 1690-1692; Deputy surveyor, Baltimore County, 1671, Baltimore and Anne Arundel counties, 1674-1676; Coroner, Cecil County, 1674-1676, Baltimore County, 1676; Sheriff, Cecil County, 1676 (dismissed after one month); Justice, Cecil County, 1690-1694. impeached by Assembly from posts as sheriff, coroner, and deputy surveyor for perjury and false imprisonment and ruled ineligible to hold public office again, 1676; the Revolution in 1689 brought his reentry into political office; countless disputes with other Cecil County officials, 1689-1692; removed from office by Gov. Francis Nicholson (1655-1727/28), 1694. He was Captain by 1689-1694, of a troop of horse. He was Protestant, probably Anglican, and belonged to the Shrewsbury Parish. Born in England, date unknown, he immigrated as a free adult in 1661. He was literate. He transported five others upon arrival in Maryland. He was a former merchant in London, merchant and planter in Maryland. He died essentially penniless in 1698. Owned Drayton Manor, 1200 acres patented to him in 1667.

John James was  a Captain in Cecil County, he swore allegiance to King and Queen of England in 1696. He died 21 Jan, 1698/9. Commissioner of the Province, 1692. He was master of the ship Bohemia Brothers in 1689. Originally owned part of the land that when combined with the land of Col Vincent Lowe, the Hopeful Unity partnership was patented.

Richard Pullen yeoman, on 21 Aug 1660 was bound to serve John Woolcott for four years in MD (BRCO:134). He was a commissioner in 1684 in Cecil County. He was Quaker. He was married to Ann Gilbert Smith Ayres Queeney Pullen. He was assigned to a foot company of Capt John Norwood in 1662 but refused to serve for religious reasons.

Robert Sanders was Quaker. His will in 1684 named wife Sarah as executrix and sole heir. Owned “Ivingoe”, 200 acres in Cecil County. He arrived in Maryland by 1675, when he had land on the south side of Sassafras River.

George Warner was a representative to the Lower House, Cecil County, 1692 (dismissed during the 1st session of the 1692-1693 Assembly because, as a Quaker, he did not subscribe to required oaths). Justice, Cecil County, 1681-1687 (omitted from list of new commissioners on June 9, 1687, when the Council made alterations in the commissions after taking into consideration "the ill state of the County of Cecil at present"), 1688-1691/92 Commissioner, Cecil County. A Quaker and therefore ineligible for office after 1692. Delayed taking oaths as Justice under the Protestant Associators' government following the revolution in 1689. But did sign an address and took a loyalty oath earlier. He was Protestant by 1689, but later followed the Quaker religion. He reported to the Maryland General Assembly with Stephen Coleman (1694), and said that “a weekly meeting settled in Cecil County (later Kent) and a meeting house lately built.” Land donated by him to the Quaker Meeting: two acres. He was Quaker by 1692. Born by 1657, died 1703. First son, probably born in Maryland, probably second generation. Married daughter of Joseph Hopkins, his second marriage. He was known as a planter and merchant. He was literate. Although later Quaker, he did keep slaves until his death.


Given the historical context of the religious and political times, the partnership was obviously formed for religious reasons, and perhaps political as well, as the two were so closely tied during the late 1600"s.
What do you think?
Kate 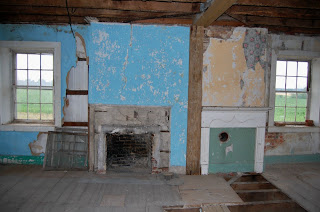